Garth Ennis (Co-Creator of The Boys & Preacher) is back at Marvel and writing the Punisher again, this time with art phenom Jacen Burrows (MOON KNIGHT, 303, Crossed) at his side. A dozen Russian mobsters lie dead at the Punisher’s feet and he wasn’t the one who pulled the trigger. If you know Frank Castle, you know this doesn’t necessarily set his mind at ease. Who is in New York City decimating the Russian mob and can it be long before they come into conflict with Frank? 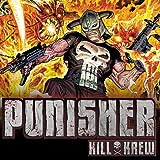 Punisher Kill Krew (2019)
Collects Punisher Kill Krew (2019) #1-5, material from War of the Realms: Omega (2019) #1. The War of the Realms may be over — but for the Punisher, the conflict never ends! To combat Malekith's invasion, Frank Castle raised his own personal army. And now, in the war's aftermath, they have some scores to settle! The Punisher has stolen Thor's flying goat and is traversing the Ten Realms on a 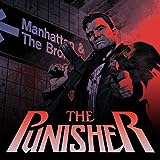 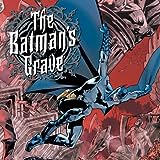 The Batman's Grave (2019-)
The World’s Greatest Detective must try to inhabit the mind of a murder victim to solve a case-without filling the empty grave next to those of his parents.
Doctor Doom (2019-)
Collects Doctor Doom (2019) #1-5. Victor Von Doom is at a crossroads. Wrestling with visions of an entirely different life — a better future — the lord of Latveria offers mankind a stark warning about the folly of a trillion-dollar global effort to create the first artificial black hole. But when a catastrophic act of terrorism kills thousands, the prime suspect is…Doom! Left with no home