Joshua quit law school to go fight the Nazis in Europe. He was awarded the Purple Heart after he and his buddy were victims of a landmine. No medal on Earth, however, can assuage the trauma of being unable to save your brother-in-arms. Back home in the States, Joshua tries to make up for lost time, with one romantic conquest after another. Working as a private eye in New York, he's been assigned to a blackmail case that leads him to a world of love nests, Nazi thugs, stolen art, and a whole slew of other dirty deeds. The fighting in Europe may be finished, but for those who survived, the war continues to fester at the core of the Big Apple. 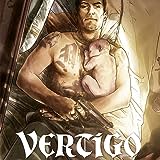 Vertigo
In the cruel, brutal world of the "maras"— Latin American gangs—violence, suffering, and crime batter flesh and are on display on members' tattooed bodies. Death is the only way out. Initiated into a gang in El Salvador at the age of thirteen, Samuel Santos finds a way to escape a few years later... at an impossibly high price. Now, in Caracas, where he's found some redemption, Samuel must sei 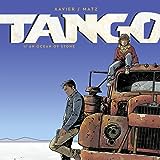 Tango
He used to play a dangerous game, running cash for the mob. Now he calls himself Tango, and he lives in a little village rising like a small island out of the rocky sea of the Andes. He's made a few friends since he arrived, with whom he's got a lot in common: they've all got secrets from their past, and they're not exactly who they say they are. One by one, their secrets are revealed in a storm o 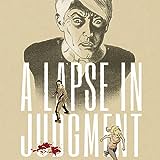 A Lapse in Judgment
Any resemblance to persons living or dead or actual events would be strangely coincidental... In a town in the east of France, Sylvestre Ruppert-Levansky, a president of the circuit court, begins his last trial, in the same place his career began. Everything here reminds him of Rachel, his first love, and most of all, Mathilde, a manipulative, diabolic serial killer. The old magistrate has a spotl 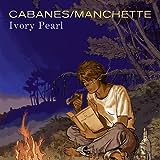 Ivory Pearl
"Ivory Pearl" is the final work by the French master of noir fiction, Jean-Patrick Manchette. But this wide-reaching geopolitical thriller, blending action and adventure, was only known to readers in its unfinished form, as written by Manchette before his passing in 1995. Now, using his father's notes, Doug Headline has finally put together the full tale, alongside artist Max Cabanes. Together, th