This winner of the Eisner Award for Best Graphic Album is available as a single digital volume complete and unabridged! A New York Times Bestseller, RASL is Jeff Smith's follow up to his epic fantasy BONE. A tightly wound mixture of science fiction, noir and conspiracy theories, RASL is a gritty, hard-boiled tale of an inter-dimensional art thief caught between dark government forces and the mysterious powers of the universe itself. 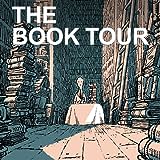 The Book Tour
A page-turning, Kafkaesque dark comedy in brilliant retro style, this graphic novel watches one man try to keep it together while everything falls apart. Upon the publication of his latest novel, G. H. Fretwell, a minor English writer, embarks on a book tour to promote it. Nothing is going according to plan, and his trip gradually turns into a nightmare. 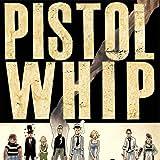 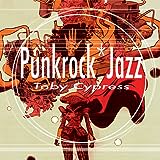 Punkrock Jazz: The Art of Toby Cypress
PUNKROCK* JAZZ is the first book to showcase the art of Toby Cypress as it was meant to be seen. With its fast lines, rich texture and bold sense of color, Toby's artwork refuses to be boxed into any category and can barely be contained on the page.