RASL Vol. 2: Romance at the Speed of Light

Deeply buried secrets beckon in the second part of Jeff Smith's hardboiled science fiction opus. Even as Rasl pieces together the clues around him, his personal life is coming apart, and the mysterious little girl brings a warning from the multiverse itself! 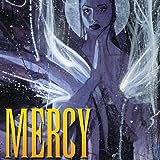 Mercy
Glorious art and a passionate narrative by an Eisner Award-winning legend combine to form this striking and memorable graphic novel. To observers, a 54-year-old stroke victim lies silent and immobile. But in his mind, he drifts through time and space to witness a god-like figure's transformative influence on people haunted by hatred and despair. Includes new "How It Was Made" bonus material: scrip
Dept. H
From New York Times best-selling MIND MGMT creator Matt Kindt comes an exciting new undersea sci-fi mystery. Mia is a special investigator hired to uncover possible sabotage taking place at a deep-sea research station. What she finds is a mind-blowing crime scene filled with suspects with terrible secrets, strange deep-sea creatures, and an impending flood! "Intricate mystery stories perfect f
Ether
From New York Times bestselling Mind MGMT creator MATT KINDT and Black Hammer's DAVID RUBIN comes an interdimensional, genre-bending, sci-fi, fantasy, mystery adventure! Interdimensional explorer Boone Dias, a brilliant scientist from Earth, enters the magical world of Ether and stumbles onto a great responsibility that takes him through the center of volcanoes, deserts full of living mummies and