A terrible retro-virus designed to save the human race from starvation has sent evolution spiraling backwards. Now, monsters from pre-history roam the cities and control the fields and forests of our former civilization.

Only a handful of people survive and not all of them are acting in humanity's best interests.

Captain Julian Dean is sent to bring back a possible cure from secret labs under the Cheyenne Mountains - labs that are controlled by the dangerous extremist, Clarence Howard.

Inspired by literary works 'The Stand' and 'Heart of Darkness', RETROGRADE is an original series from Awesome Reads written by Richard Dinnick ('Doctor Who', 'Lost In Space'). It's an epic, near-future story of love, conflict, and the fight for the future.
See More See Less 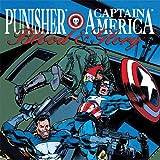 Punisher/Captain America: Blood & Glory (1992)
Captain America and the Punisher investigate an illegal arms ring. But what will they do when they find themselves in a fight… with each other? 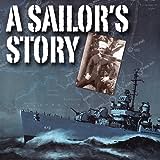 A Sailor's Story
Legendary comic book artist Sam Glanzman draws upon his experiences aboard a WWII destroyer in these gripping tales of Navy life. Recounted in graphic novel style, these dramatic adventures realistically depict a teenager's military career, from initiation and advancement through the ranks to tours of the Pacific and kamikaze attacks at the Battle of Okinawa. Includes a new 10-page story, Introduc 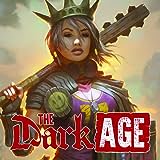 The Dark Age
In 2019, a gray haze descends on planet earth and reduces every known metal to worthless piles of rust. With no technology remaining, humanity reverts to a violent feudal system ruled by knights of wood, stone and plastic, this is the new Dark Age. Featured on Free Comic Book Day 2019. 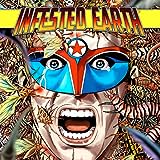 INFESTED EARTH: Welcome to the Infested Earth
One year after an alien insectoid invasion has wiped out almost all life on the planet, the last remaining superheroes must make one final bid for freedom and safety, but with technology failing them, dwindling supplies and emotions running high, how will they survive? How will they escape the INFESTED EARTH? The reader follows the story of BRASS BELL, a black female superhero who along with tw