The one-man anthology is back again with three more short stories. Included in this e-book are...

It's Just A Theory - An educational comic that highlights the distinction between scientific law and scientific theory.

To Everything There Is A Season - A romance comic that deals with the bitter fallout from infidelity. 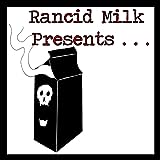