Daughter of a demon. Teammate of Titans. Sorceress of extraordinary power. She may be only 16, but the girl called Raven has seen enough hellfire and heroism to last her a lifetime. Now she’s trying to make a life of her own, taking a break from the Teen Titans and moving in with her mysterious aunt in San Francisco to face the greatest horror of all--high school!

But even as Raven learns more about her human side, evil powers are seeking her out. When one of her classmates goes missing, it sets off a chain of sinister disappearances across the city, culminating in the emergence of an even greater threat: a dark force in the shape of a blinding white orb that absorbs all it touches.

It’s up to Raven to combat this menace and defeat the villainous horde behind it all. Does she have the power to save San Francisco? Or will Raven soar nevermore? 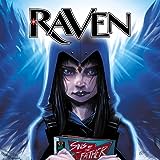 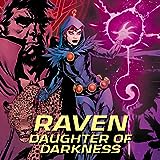 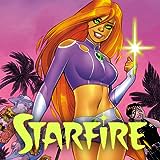 Starfire (2015-2016)
From the writers of the outrageous smash hit HARLEY QUINN comes former Outlaw Starfire in her all-new ongoing series! She's an alien warrior princess trying to find peace on Earth, and she'll fight anyone and anything to get it!
Cyborg (2016-2018)
Victor Stone was once a star athlete and brilliant student with a bright future. But after a tragic accident destroyed over half of his body, Victor was kept alive by merging flesh with advanced technology. Today he is the Justice League co-founder called Cyborg. But is the young hero a man…or a machine that merely believes it’s a man? 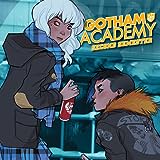 Gotham Academy: Second Semester (2016-2017)
GOTHAM ACADEMY is back with an all-new storyline for its second semester! When you’re Olive Silverlock, winter holidays can be a drag. Luckily, when a new student shows up at Gotham Academy to keep her company while the other students are away, Olive finds what could be a brand new friend…or a whole lot of trouble!