"Raven Nevermore" tells the origin story of Nightwatcher Captain Corvan Moore, a relentless elite lawman in the metropolis of Cog Town. In the midst of a bloody campaign against mob boss Haggle Mortoni, Corvan is forced to confront his own mysterious heritage, and in doing so, reject a destiny he's kept buried in his subconscious his entire life.

Follow this tale as a mundane encounter with the local mob spirals into a soul-shattering epic battle that could annihilate Cog Town and everyone in it!
See More See Less 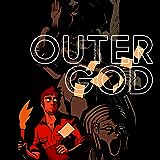 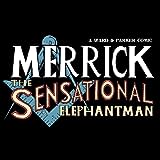 Merrick: The Sensational Elephantman
Joseph Merrick: The Elephantman fights the occult, in a Victorian comic book tale of gin joints, black magic and carnival freaks. Merrick: The Sensational Elephantman is a Victorian adventure/horror/cape gaslamp comic set in 1880s' London. Based on a fictional version of the life of Joseph Merrick, it steps between historical facts and turn of the century folklore juxtaposed with the American s
Shadowman (1997-1998)
The Shadowman carries the responsibility and duty of protecting the living world from the dark parallel world of the Deadside. Jack Boniface has carried that burden, but now he is gone, murdered by the demented Tommy Lee Bones and his Dead Men who have slipped through from the Deadside to New Orleans. To stop them someone else must take up the mantle of Shadowman and send them back. Nettie, a vood
Alabaster
Dancy Flammarion may look like a frail teenage girl, but her journey through the swamps and byways of the American South brings her into battle with werewolves, monsters, and grotesque secrets, armed only with a knife and a mission to destroy the deadly creatures that lurk in shadow. Collects the five-issue miniseries.