In the days after September 11th, with the ruins of his job, relationship, and city crumbling around him, cartoonist and roustabout K. Thor Jensen packed a backpack, bought a bus pass and took to the open road. His 60-day, 10,000-mile journey is chronicled in this ragtag romance. From riding the back of a burning couch in Birmingham, Alabama to aiding stray dogs in Butte, Montana, building a giant papier-mache vagina in Columbus, Ohio to smuggling drugs across the border in El Paso, Texas, Jensen searches for the last remnants of a meaningful life as he rides the Greyhound bus. Stopping over in eighteen cities, he interacts with a diverse cast of supporting characters, and they each recount a story of their own to him, cobbling together a modern Canterbury Tales for the slacker generation. Red Eye, Black Eye is a fractured portrait of life in 21st century America, as the protagonist and his compatriots drink, fight, stumble and fall their way through their travels. It's also riotously funny, charmingly crude and beautifully drawn.

Strum and Drang
Great moments in rock 'n' roll. Everyone has at least one. For three years, Joel Orff collected people's stories, illustrated them, and posted them on his web site. Though several of these comics feature well-known musicians, they aren't necessarily about music. They may be life-defining experiences, or they may be small and sublime occurrences that the narrator has never forgotten, or moments tha

The Lodger
After losing his girlfriend and hip Boston apartment, Karl Stevens moves into a spare room in his painting professor's home, where his bohemian adventures in sex and boozing converge with the rituals of life with a family and an unruly beagle named Cookie. In a series of humorous, poignant, and gorgeously rendered stories, The Lodger chronicles a tumultuous year in the life of the author as he gro 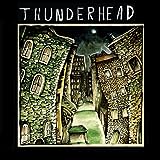 Thunderhead Underground Falls
One of Booklist's Top 10 Graphic Novels of 2008, Joel Orff's graphic novel Thunderhead Underground Falls tells the story of Jack, a young army reservist who has one weekend left before shipping out for combat in the Middle East. He and a friend find themselves behind the wheel of his parent's car, driving farther and farther west into a snowy landscape. The book is an impressionistic exploration o

Waterwise
Imagine a cross between American Splendor and Alice in Wonderland...or imagine a cross between Carl Barks and Carlos Castaneda... In Joel Orff's new graphic novel Waterwise he explores these concepts and many more. This is the story of two old friends who are reunited for one night and wander together through a surreal, vaguely apocalyptic landscape, pondering life, griping about their circumstanc