In the days after September 11th, with the ruins of his job, relationship, and city crumbling around him, cartoonist and roustabout K. Thor Jensen packed a backpack, bought a bus pass and took to the open road. His 60-day, 10,000-mile journey is chronicled in this ragtag romance. From riding the back of a burning couch in Birmingham, Alabama to aiding stray dogs in Butte, Montana, building a giant papier-mache vagina in Columbus, Ohio to smuggling drugs across the border in El Paso, Texas, Jensen searches for the last remnants of a meaningful life as he rides the Greyhound bus. Stopping over in eighteen cities, he interacts with a diverse cast of supporting characters, and they each recount a story of their own to him, cobbling together a modern Canterbury Tales for the slacker generation. Red Eye, Black Eye is a fractured portrait of life in 21st century America, as the protagonist and his compatriots drink, fight, stumble and fall their way through their travels. It's also riotously funny, charmingly crude and beautifully drawn. 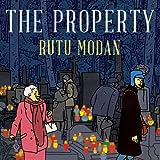 The Property
The Property is a work that will inspire, fascinate, and delight readers and critics alike. Savvy and insightful, elegant and subtle, Rutu Modan's second full-length graphic novel is a triumph of storytelling and fine lines. After the death of her son, Regina Segal takes her granddaughter Mica to Warsaw, hoping to reclaim a family property lost during the Second World War. As they get to know 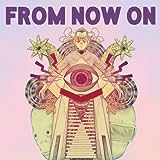 From Now On
In a dozen stories Malachi explores and blends the classic themes of fantasy and science fiction using a range of illustration techniques and styles. In "Utu" a Shaman arrives at an outpost with prognostications of a terrible war. He claims his visions come from a mysterious god, but can he be trusted? In "Hero for Science" a time-travelling rescue mission turns dour when a team member goes native 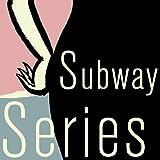 Subway Series
Subway Series follows the exploits of Tina, a frustrated sixteen-year-old city girl whose affections are divided between two guys. The problem is, one has an out of town girlfriend and the other is a complete jerk. Add to that a cruel adversary whom she once called a friend who's out to humiliate her, and now confused Tina doesn't know which way to turn. Time Magazine observes: "The teenage life t 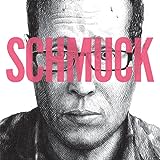