WEIGHT OF THE WORLD

High school graduation is around the corner, and everyone keeps telling Justin he’s got a great future ahead. The problem is, he doesn’t know what he wants yet. On the eve of his 18th birthday, his mom suggests he follow her into medicine. Instead, he bolts from the house, not wanting to tell his parents he doesn’t want to chase their dream. He catches his friends in the park playing pickup soccer, and they tell Justin to follow his skills on the field to a career of fun and stardom. As enticing or enriching as the life of a soccer star sounds, it still rings hollow. When an errant kick sends the ball far from the park, it leads Justin to the steps of a library. Confronted by a librarian, Justin confesses he has trouble seeing his future because his dreams of being a writer don’t often have people who look like him in real life.
See More See Less 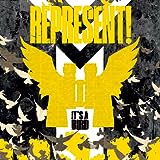 Represent! (2020-)
REPRESENT! Stories of Personal Experiences, Unheard Voices, and Social Revolution New voices present relevant, topical visions of social change and personal histories, some true-to-life while others are semi-fictionalized accounts of real experiences. All have one thing in common—innovative styles and compelling stories which examine how our culture builds understanding, tracing society's a 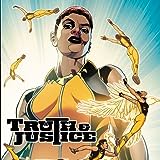 Truth & Justice (2021-)
"The ideals of truth and justice are concepts synonymous with DC's superheroes from the Golden Age of Comics to the present day, and they're the foundation for this new anthology comic book series, Truth & Justice! This series explores the length and breadth of DC's rich character history, showcasing the heart and spirit of the wide-ranging characters featured across DC's Multiverse. With an endle 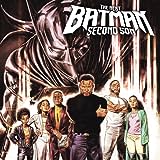 The Next Batman: Second Son (2021-)
Meet Tim "Jace" Fox, estranged son of billionaire Lucius Fox and man of mystery...what has the eldest son of one Gotham's premiere families been up to for these 'missing' years and how does he find himself getting shot at in the jungles of Vietnam? Learn these answers and many more as the story of the SECOND SON begins! 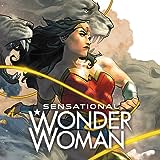 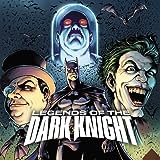