Just as Moore's Watchmen dissected the notion of superheroes, this underground classic deconstructs the implausible comic book mainstay that is the kid sidekick. Both darkly comic and just plain dark, Rick Veitch's Brat Pack has been considered a must-read almost since the release of its first issue in 1990. Now, 15 years after its last printing, it's back in a new hardcover edition. Subversively subtle yet completely over the top, Brat Pack is uncompromising, uncomfortable, and unforgettable. It's also an essential for every graphic novel collection. This black and white hardcover edition includes Neil Gaiman's introduction, as well as a new essay by Rick, extra art, and the original 23-page series proposal.

Rick Veitch's The One
The classic revisionist superhero saga that predates Watchmen and The Dark Knight Returns and presented a shocking worldview that almost predicted today's political climate! Rick Veitch's groundbreaking series has been called the last word on superheroes. It is a world-spanning, continent-crushing, over-the-top adventure story that brings the United States and Russia to the brink of annihilation.. 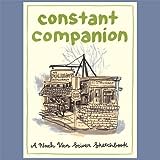 Constant Companion
Acclaimed cartoonist Noah Van Sciver grants us exclusive access to the Artist's process through this collection of his private sketchbooks created between 2013 and 2017. Covering Noah's life, thoughts, and time in Denver, White River Junction (as a Fellow of the Center for Cartoon Studies), and Columbus, Ohio, the artist documents failed relationships, sketeches of his surroundings, strange recoll 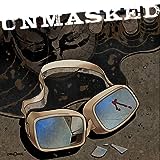 Unmasked
You know what the problem with being a supervillain is? Superheroes. Simon Zandt was Blacknight. He was never really a world-shaker but he mixed it up. In the end, it just didn't pay. So he took off his mask, took the little money he'd managed to save and started up a shy business. He loans money, he collects it back. He's still got his powers but you don't need it to beat up some degener
Hey Kids! Comics!
HEY KIDS! COMICS! takes its cue from nearly a century of turbulence and triumph, despair and drama in the comic book racket. Artists and writers, con men and clowns, ganefs and gangsters, create the foundations of today's biggest entertainment business—or at least the tail that wags the dog. Some of it really happened, and the names have been changed to protect the innocent and guilty...... alt