This volume collects never before seen adventures of degenerate genius scientist Rick Sanchez and his timid grandson Morty Smith, like the very FIRST time they met The Vindicators, and a very special look at the fan-favorite Cronenberg universe. Plus: Rick's made quite a few enemies in his time, so what happens when they team up to seek revenge? And you'll meet Dick and Farty, a degenerate genius scientist and his timid grandson...wait a second...find out more inside! 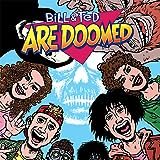 Bill and Ted Are Doomed
The official prequel series to the upcoming film! After defeating the evil dictator De Nomolos in Bogus Journey in 1995, things aren't looking as excellent as they should for either Bill and Ted or Wyld Stallyns. There's tension in the band and worry at home. Bill and Ted's obsessiveness with writing the one song to bring peace to the world is affecting their playing and their relationships with t 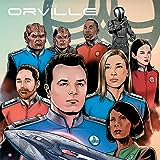 The Orville
Picking up where season one of Seth MacFarlane's space adventure TV series leaves off, the crew of the Orville continue their space explorations, encountering new alien civilizations and confronting old enemies in these stories by Executive Producer David A. Goodman! Collects New Beginnings parts 1 and 2 and The Word of Avis parts 1 and 2.
Deadpool (2019-)
Collects Deadpool (2019) #1-6. A new era begins for the Merc with a Mouth! Deadpool's latest job has him going after the King of Monsters, who has claimed a new kingdom for his terrifying subjects: Staten Island! Soon, Wade Wilson finds himself with a new royal role — one that leaves him neck-deep in political intrigue, with major obstacles including Captain America and the monster-hunting El 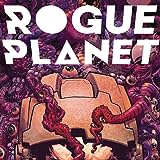 Rogue Planet
Salvage vessel Cortes tracks the Lonely Orphan, a planet with no star system to call its own. Somewhere on this hostile rock is a payload fit for a king. To attain it, though, the crew of the Cortes must brave razor rock, poisonous vapors, treacherous footing, and… the most mind-numbing horrors imaginable. Something nightmarish is at work on Lonely Orphan. Something cruel. Something hungry.