Tim Drake is the latest teenager to take up the mantle of Robin, and now he makes his debut as the Caped Crusader's crime-fighting partner on the streets of Gotham City! He must confront the return of his first major adversary, King Snake, who is trying to build a drug empire in Gotham. Luckily, he has both Batman and the mysterious Huntress to aid him.

But the Boy Wonder will have to face his greatest challenge alone, when the Joker escapes from Arkham Asylum and the Dark Knight is nowhere to be found. The Clown Prince of Crime will be Tim's baptism by fire-will it end in tragedy or triumph? 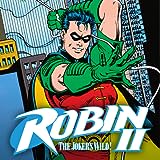 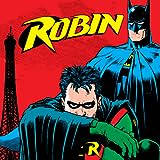 Robin (1991)
Tim Drake stars in his first own limited series written by Chuck Dixon, with art by Tom Lyle and Bob Smith. The Boy Wonder flies without the Dark Knight detective for a mystery of his own as he heads to Paris for training...and finds himself at odds with the Ghost Dragons!
Robin (1993-2009)
With Batman at his side or off on his own, Tim Drake protects the streets of Gotham by night while simultaneously trying to lead a normal teenage life by day. Writer Chuck Dixon returns once more to the Boy Wonder Tim Drake—this time for the young hero's very own ongoing series!
Nightwing (1996-2009)
Dick Grayson stars in his very own series as the high-flying acrobatic super-hero Nightwing! After years of serving alongside the Dark Knight detective through the streets of Gotham City, Nightwing branches off on his own as the sworn protector of Bludhaven!
Batman: Shadow of the Bat
Nightwing tries to free Batman from Arkham Asylum, only to discover why he's really trapped inside. Meanwhile, Jeremiah Arkham succumbs to his heritage of madness! "The Last Arkham" part 3.