The merciless Otto Von Stürm will do anything to reach his prize--deception, bribery, even murder--but 12-year-old Ronald "Rocket" Robinson, Nuri, and Screech may just outsmart him . . . if they can stay alive long enough.

The Egyptian captial is a buzzing hive of treasure-hunters, thrill-seekers, and adventurers, but to Rocket Robinson, it's just another sticker on his well worn suitcase. The only son of an American diplomat, Rocket travels from city to city with his monkey Screech, never staying in one place long enough to call it home, but when Rocket finds a strange note written in Egyptian hieroglyphs, he stumbles into an adventure more incredible than anthing he's ever dreamt of.

With the help of Screech and a new friend--a gypsy girl named Nuri--Rocket navigates the secret underworld of Cairo. Soon they run afoul of master criminal Otto Von Stürm, who's planning the theft of the greatest treasure in history--an ancient pharaoh's fortune, secretly hidden for centuries. In order to stop him, Rocket and Nuri will have to decode an ancient riddle, solve a cryptic puzzle, face hungry crocodiles, and navigate a centuries-old labyrinth full of traps--all while staying one step ahead of Otto's blood thirsty goons. Not to mention the ancient curse that guards the treasure. 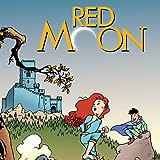 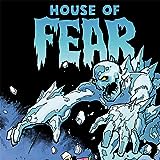 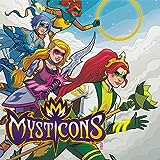 Mysticons
A contemporary urban fantasy about four girls from different walks of life who are transformed into the legendary Mysticons! Arkayna, Zarya, Emerald, and Piper--unexpected heroes who together become epic warriors as well as the closest of friends--are drawn together by a prophecy to battle evil and protect the realm! 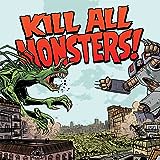 Kill All Monsters
Monsters rule the world. Humanity's last hope is a squad of giant robots and their skilled pilots, all from different backgrounds, each with a unique reason to fight. Can we survive the conflict? Are we worth saving? A familiar but wholly original story about war, survival, and the human spirit, told through gigantic-scale battles fought by memorable characters! Contains over 100 pages of new stor