It's just another day in the life of an intergalactic smuggler and his ragtag alien crew as they struggle to get by in a universe on the brink of war. Join reluctant captain Roka Nostaco, crack shot jokester Cember Kogi, bitter pill Ril Mar, and the rest as they struggle to complete dangerous cargo runs through outlaw space and against all odds. Along the way, they'll have to deal with double-crossing mobsters, vengeful pirates, ruthless bounty hunters, and maybe even the occasional conscience. Assuming they don't all kill each other first! 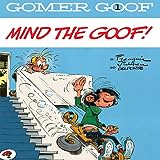 Gomer Goof
Gomer Goof is a master loafer. He’s also a genius, if absent-minded, inventor. His laziness, his gadgets and his sheer bad luck create havoc at Spirou Magazine and drive his colleagues crazy – but he’s such a likeable guy!
Betelgeuse
The continuing adventures of our Aldebaran heroes Mark and Kim are sent to Betelgeuse to look for survivors of the spacecraft crash that killed 3,000 people seven years earlier. They do find survivors, among them Tazio Menegaz and Colonel Logan, who tell them the colonisers had been divided over whether the Iums (indigenous creatures) are as intelligent as humans. If they are, the humans would
D4VE
Primetime TV; mortgages; traffic jams. The robots conquered earth, wiping out all life in the galaxy, but nothing changed. Meet D4VE, the greatest robot war hero, now trapped behind a desk at a soul-sucking day job. Can something, somewhere snap him out of this slump? This is D4VE's mid-life. Crisis. 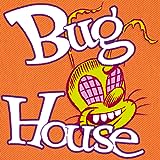 Bughouse
Set in a 'bug noir' Manhattan of the nineteen-fifties, Bughouse weaves the story of an ensemble of characters who are essentially human beings with bug-like features, as they dance on the edge of the abyss. Steve Lafler brings alive a lost era of jazz and drugs that evokes a range of emotions and experience rarely seen in comic books.