The story of Arcadia Alvarado, former alien abductee (possibly) and current President of the United States, continues, and now that she commands the highest office in the country, she’ll use her power to find out what really happened. But, even with the power of the Presidency at her fingertips, will she be able to get to the truth? Either way, she will have to act fast as the biggest event in world history begins to unfold around her. All of the political intrigue and UFO mythology continues in the sequel and conclusion to the Hugo Award-nominated series Saucer Country.

Saucer Country
THEY'RE UP THERE... Meet Arcadia Alvarado, Governor of New Mexico and Presidential hopeful. She's dealing with immigration policy, budget cuts, an alcoholic ex–and she was abducted by aliens. Or was she? It's a strange road to the White House but Alvarado is determined to get there because she has information that could stop an alien invasion and save the world. Collects all 14 issues of the ori
Malignant Man
Alan Gates, a cancer patient with a terminal diagnosis, is resigned to his fate, until he discovers that his tumor is actually a mysterious parasite! Granted a second lease on life and incredible, otherworldly powers, Alan must fight against an evil army buried beneath society's skin, all the while unlocking the secrets of his forgotten past. Dark, twisted, and unlike anything else on the stands, 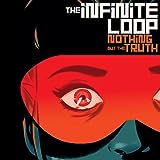 Infinite Loop: Nothing But The Truth
Although she tried to reboot the future, Teddy's plan failed. While human anomalies are no longer executed merely for the crime of existing, they're forced to live in squalid refugee camps. Teddy and Ano want to fight for the rights of human anomalies, but they're about to find out how hard that can be, especially when powerful people want things to stay the same. Return to an even darker version 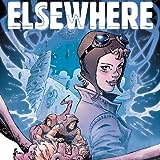 Elsewhere
COPPERHEAD WRITER JAY FAERBER TEAMS WITH RISING STAR SUMEYYE KESGIN TO UNVEIL ELSEWHERE: THE FANTASTIC STORY OF WHAT REALLY HAPPENED TO AMELIA EARHART! Mysteriously transported to a strange new world filled with flying beasts and alien civilizations, Amelia desperately struggles to return home. Along the way, she forges alliances and makes enemies as she goes from aviator to freedom fighter in