You’ve never seen the Mystery Inc. gang like this before, as Fred, Velma, Daphne, Shaggy and Scooby-Doo seek answers to the mystery plague that turned the world into a monster-strewn wasteland!

But now something strange has happened to the marauding monsters—they’re suddenly all single-mindedly heading in one direction, almost like they’re under a spell! If someone has figured out a way to control the monsters, then finding out how could be the first step to figuring out how to save the world. So Velma, Scooby and the gang are heading off in the direction of thousands of monsters...much to Shaggy’s chagrin.

But Scoob isn’t the only one tracking the parade of monsters. Scrappy-Doo and his vicious pack of Smart-Dogs are hot on the trail, too, and he’s determined to follow it straight to Velma. Can the world’s smartest woman survive an encounter with the world’s most dangerous dog? Or will the apocalypse finally claim the Mystery Inc. gang? 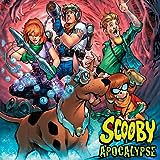 Scooby Apocalypse (2016-2019)
Those meddling kids-Fred, Daphne, Velma, Shaggy, and their dog, Scooby-Doo-get more ghost-debunking than they bargained for when faced with a fundamental change in their world. The apocalypse has happened. Old rules about logic no longer apply. The creatures of the night are among us, and the crew of the Magical Mystery Machine has to fight to survive-because in the apocalyptic badlands of the nea 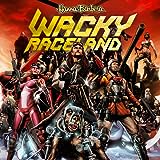 Wacky Raceland (2016)
The world has ended, but the race has just begun! Penelope Pitstop, Peter Perfect and the rest of the Wacky Racers vie for the finish line in a contest where the winner takes all and second place is death. Today's trial: the shattered maze of freeways known as the Überpass, where they're beset by giant sand beasts, mutated insects, and worst of all, Dick Dastardly's murderously poor sportsmanship 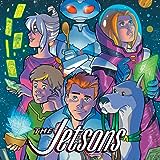 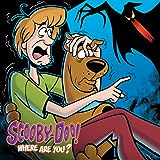 Scooby-Doo, Where Are You? (2010-)
Get ready for chuckles and chills, because Scooby-Doo is on the way to save the day! A monster in the mirror? A ghoul in a school? Scooby and his friends will solve the mystery and catch the creepy crooks-who would have gotten away with it, if not for those meddling kids.