The Skrulls have stricken Iron Man with an alien virus that renders his armor and technology useless! But Tony Stark plans for every possibility...so it's time to say hello to Tony's not-so-little friend - War Machine, weapon of S.H.I.E.L.D.! But can one man, even one as well-armed as James Rhodes, stand alone against a worldwide invasion? Witness an exciting new chapter in both Tony and Rhodey's history!
See More See Less 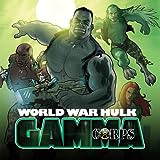 World War Hulk: Gamma Corps
The Hulk. The Abomination. The Leader. The Harpy. Doc Samson. Born of gamma radiation, they represented a new chapter of humanity. Now, spawned through their respective DNA has come the next generation...the Gamma Corps. 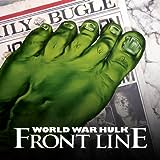