In the never-ending battle between good and evil, not even death is permanent. The Shaman, a mysterious mage with a trick forever up his sleeve and an uncanny ability to restore life, has tasked himself with raising those on both sides of the battle from the grave.

Working alongside a foul-mouthed teenage sorceress and a retired superhero who's grown bored of the life in tights, the Shaman and his adoptive family fight monsters, demons, and even the odd astronaut or two if that's what it takes to get the job done.
See More See Less 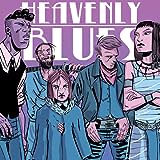 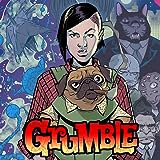 Grumble
When the forces of good and evil are hunting you down, the only logical thing to do is disguise yourself as a dog and go on the run! Eddie is a low-rent hustler who got magically turned into a pug during a con gone wrong. Tala is Eddie's long-lost, part-demon daughter. When Tala finds herself the target of powerful inter-dimensional forces, she goes to Eddie for help-setting off a chain reaction o 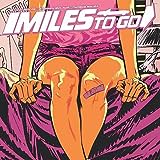 Miles to Go
Amara Bishop is a newly single mother with a long-buried past. Raised by an alcoholic father in a rundown trailer, Amara was a child when she learned to kill. And she hasn't killed anyone since she was thirteen. When her aging mentor is murdered, and her daughter is threatened, that will soon change...