Collecting all three books in this acclaimed trilogy for the first time. When the purest woman on earth allows herself one selfish thought, it is enough to conceive the most evil woman the world has ever. The classic fantasy of good versus evil, mother versus daughter, as Virtue gets the daughter she wished for, Shame, and has to deal with the consequences of releasing this powerful woman to a world ill prepared for her campaign of evil. Also includes the first 10 pages of the first book in the Tales of Hope trilogy, John Bolton's original pencil layouts for the books, an interview with both Lovern and John about the trilogy, and additional background material.

Shame
When the purest woman on earth allows herself one selfish thought it is enough to conceive the most evil woman the world has ever known. 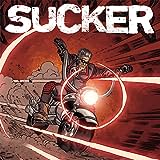 Sucker
The pharmaceutical industry wants to sink their teeth into the last vampire and create an addiction to immortality. 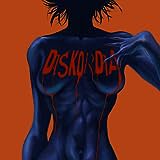 Diskordia
‘Everything you think you know about the world is at worst a lie and at best simply a pale facet of a truth so terrifying and overwhelming that madness is preferable.’ Diskordia is a dark surreal fantasy tale that follows a socially maladjusted young man called Jackal Black as he tries to get through the process of living as quickly and painlessly as possible. This is not meant to be howe 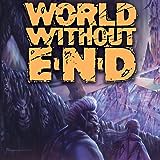 World Without End
Millions of years in the future, a new world emerges — a world made of living flesh, surrounded by acidic seas. Rotten at the edges, awash in gangrene swamps, and bristling with mountains of bone, the planet's simmering core houses the stark city of Bedlam, where an all-male race suppresses every manifestation of femininity. In this magnificently illustrated dreamscape of brutality and eroticism 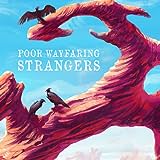