The Guandong Factory isn't like other restaurants. It's five stories tall, for one. For two, it produces more peach dumplings per day than most eateries do in a decade. For three, it's the home of Sharknife-a mystical protector charged with protecting the establishment from those who would do it harm! Once just a simple busboy, now Caesar Ives is something more--a crazy red rocket hero destined for greatness! But can Caesar juggle both lives? Nabbing both the girl (the supersexy Chieko Plumbheart) *and* stopping the baddies? Find out in the first fist-pounding volume by Corey Lewis! 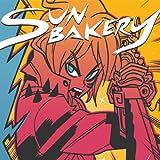 Sun Bakery
SERIES PREMIERE The sold-out indie hit returns through IMAGE COMICS! SUN BAKERY comics anthology features the following stories: "DREAM SKILLS," about a city where guns are obsolete and the social culture is swordplay; "AREM," a space adventurer on a quest to photograph the most beautiful galactic vistas; and "BAT RIDER," a supernatural skateboarding comic. 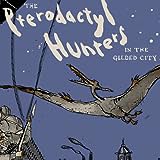 Pterodactyl Hunters In the Gilded City
PTERODACTYL HUNTERS is a story of sibling rivalry and family tradition in a rapidly changing world: a version of 1904 New York where generations of working-class hot-air-balloonists take to the skies each night to defend their city from a dwindling population of pterodactyls. In this town, heroic hunter Eamon Sullivan dominates the headlines, while his brother Declan, a nightwatchman, tires of loo
Black Metal
168 pages! Twin brothers, Shawn and Sam, aren't typical kids - their grim dedication to metal isn't that unusual but their mysterious parentage sure is! Empowered by the legendary sword of Atoll, these kids are determined to battle however many demons it takes in order to fulfill the ancient prophecy of the Hell Baron! 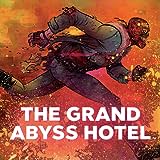 The Grand Abyss Hotel
Marcos Prior and Eisner-nominated artist David Rubín (The Hero, Rumble, Battling Boy: The Rise of Aurora West) weave a politically satirical look at democracy today through the lense of hyper-violence and explosive action. Imagine a world overrun by big business and “fake news” via the social media machine . . . In The Grand Abyss Hotel neoliberalism has become a state religion, while the cit