She-Hulk, Hellcat and Giant-Man team up to save one of Jen's officemates -- but what secret agenda does Hank Pym have? Meanwhile, She-Hulk takes on Captain America as her newest client! Someone from Cap's past has returned to haunt them all, and She-Hulk might be his only hope -- because the opposing attorney is Matt Murdock! She-Hulk and Daredevil battle it out in court and on the streets in this trial of the century -- but is Captain America actually guilty after all? And at long last, it's all come down to this: the Blue File revealed! As Hellcat investigates the mysterious, mind-altering file, She-Hulk takes on Titania -- and Angie Huang just might meet her fate! Secrets are revealed and the Blue File is opened wide as Charles Soule and Javier Pulido's acclaimed run comes to a close!
See More See Less

She-Hulk (2014-2015)
With a new practice, a new paralegal and a mounting number of super villains she's racking up as personal enemies, She Hulk might have bitten off a little more than she can chew...but she just calls that that Tuesday. 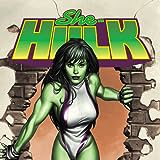 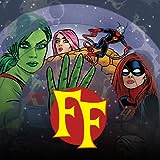 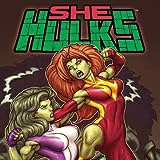 She-Hulks (2010-2011)
Marvel's celebrating 30 years of the Jade Giantess and you're invited to the party! Prepare for an anniversary tale unlike any other! And if you're still feeling savage, stop by for the after party in honor of the buff bombshell and her most fabulous friends!