Expanding Bram Stoker's original universe fifty years hence, into the pulp era of the 1930's, SILVER introduces James Finnigan, a witty but (figuratively) soulless con man, who sets out to separate the living-dead from their precious silver.

Personality conflicts, emotional entanglements and character comedy abound, as Finnigan assembles the crew of talented but broken misfits needed to pull off the heist of the last ten centuries.

Silver
Set in a direct 1930's extension of Bram Stoker's universe, and steeped up to its eyeballs in the pulp tradition, Silver introduces James Finnigan, a witty but (figuratively) soulless con man, who sets out to separate the living-dead from their silver. Personality conflicts, emotional entanglements and character comedy abound, as Finnigan assembles the crew of talented but broken misfits needed to 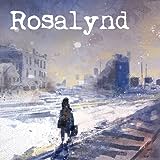 Rosalynd
Abram and Sara Van Helsing had always dreamt of a normal life for their young daughters Rosalynd and Bernice, but the family could never escape its mysterious and tormented history. In the winter of 1915, the vampires came with the first snow, and for Rosalynd, nothing would ever be the same. 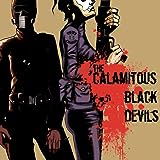 The Calamitous Black Devils: Welcome to Nibean
The Calamitous Black Devils is set during World War II and follows the exploits of an elite brigade of Army operatives-the Black Devils. The team is composed of mostly American and Canadian soldiers, joined by MI-6 and the Russian Night Witches. Their mission is to stop a top secret Nazi plot to harness a multidimensional gateway that will allow an Ancient One, Anan-Zaha, to cross over into our 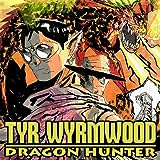 Tyr Wyrmwood: Dragon Hunter
TYR WYRMWOOD: DRAGON HUNTER is a cyberpunk fantasy adventure set in an alternate world where the threat of dragons range from being small annoying critters to large destructive forces of nature.The story follows dragon bounty hunter, Tyr Wyrmwood, and his Seelie cyborg sidekick, Beacon. They seek to unravel a megacorporation conspiracy that may be connected to the mysterious abduction of Tyr's fia 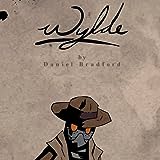 Wylde
When an invasion of the undead threaten a frontier town, the town's sheriff must set aside his suspicions and partner with a mysterious masked lawman to overcome the zombie horde. Through their combined force, the sheriff will learn ancient secrets of the lawman's past and the power of self-sacrifice. In saving his town, he will save himself.