From master author George Pelecanos, (HBO's The Wire, The Pacific, Treme, The Deuce), comes a searing tale of warfare at its worst and fighting soldiers at their best.

When the wife of a former brother-in-arms finds her family a target of a vicious Mexican cartel, she turns to her husband's old squad for help. Sergeant James McQuade, a vet of the Iraq war and leader of the five former special recon marines of the Five-One Sand Scorpions, have her back. It's not the smart thing, but the honorable one, and what these ex-soldiers need to regain a sense of purpose they lost on the battlefield long ago. The Six soon find themselves outnumbered and outgunned, fighting for something more than God and country. 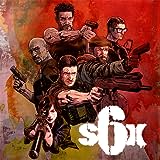 Six
From master author George Pelecanos, (HBO's The Wire, The Pacific, Treme), who Stephen Kings calls, "the greatest living American crime writer" comes a searing tale of warfare at its worst and fighting soldiers at their best. When the wife of a former Marine buddy finds herself a target of a vicious Mexican cartel, she ends up turning to her husband's old squad for help. 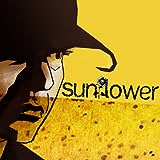 Sunflower
Ten years ago CJ's husband and nine year-old daughter were murdered off a desert highway near the California/Arizona border. Since that day, CJ can feel only two things - paralyzing shame for not being with her family and quiet fury that the perpetrators were never found. CJ should have been there to defend her family. CJ should have been there to die with her family. And, in the decade since, she 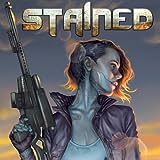 Stained
From 2016 HARVEY AWARD NOMINEE, David Baron (GREEN ARROW: YEAR ONE, BATMAN: THE BLACK MIRROR, BLOODSHOT REBORN) and rising newcomer Yusuf Idris comes a noirish sci-fi adventure unlike any other. Meet Emma London: recovery artist and bounty hunter for hire. She is strong, possibly indomitable, and did we mention...part machine. Emma is the type that dives head first into things that most woul 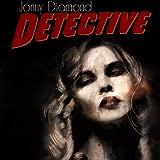 Jonny Diamond, Detective
Jonny Diamond is a down on his luck detective, who may just receive the craziest assignment of his career. What starts off as a routine investigation quickly goes south, and you may not believe what is at the core of it! 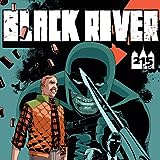 Black River
Small time thugs, Alex and Vincent, accidentally hijack a shipment of guns. Despite Alex's misgivings, Vince attempts to sell the guns, leading them in to a deadly battle involving the local mafia and a crazy, right-wing vigilante.