Ever since the dawning of the Marvel Age of heroes, the Skrulls have been known as scheming, conniving, insidious interlopers in the affairs not just of Earth, but the whole universe. Now, get the Skrulls' side of the story! Who are they, what drives them, and what are their ultimate goals? Who are their heroes, and who are their villains? And what will become of their clash between religion and modernity - manifest in their relentless pursuit of the Earth as the final prize - when it spills over into universal mayhem? SKRULLS! helps answer these questions and gives you the clues to ask even more! 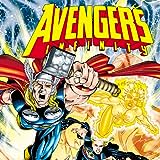 Avengers Infinity (2000)
What could get better than a galactic battle taking place among the stars with the Avengers? Thor, Photon, Tigra, Moondragon, Starfox and Quasar go against the humanoid automaton Servitors. Our favorite group of heroes faces a challenge they have never seen before, all the while in an unfamiliar environment. How will they fare against these enemies with superhuman strength? 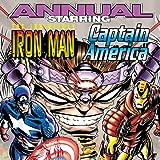 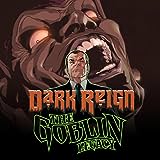 Dark Reign: The Goblin Legacy (2009)
Before he was the ultimate power broker in the Marvel Universe, Norman Osborn was better known as the Green Goblin -- the insane arch nemesis of everyone's friendly neighborhood Spider-Man! Now, experience an early turning point in the ongoing war between the wall-crawler and his glider-riding rival -- the unmasking of Norman Osborn from AMAZING SPIDER-MAN #39-40 (1966) -- like you've never seen i 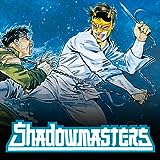