Steve Harmon was an average teenager with an average job as your average clown, living in average New Jersey. But after being zapped by weird and mysterious extradimensional energy, Steve became Slapstick — a living, breathing cartoon character! Now, after joining — and then quitting — Deadpool's Mercs for Money, Slapstick is striking out on his own! Sure, he's gotta move back in with his parents, but he gets to team up with the Amazing Spider-Man and meet adorable (but deadly) little minotaurs, so there's that! And when he embarks on a very personal mission, Slapstick will have to work with far stranger allies — like the War D.O.G.S., America's Best Friends! But can these patriotic pups help Steve get to Dimension Ecch, where a throne of games awaits him?
See More See Less 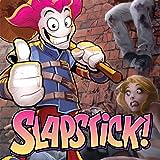 Slapstick Infinite Comic (2016-2017)
Steve Harmon was an average teenager who had an average job as your average clown, living in average New Jersey. But after being zapped by weird and mysterious extradimensional energy, Steve became Slapstick, a living, breathing cartoon! Now, after joining, and then quitting, Deadpool's Mercs for Money, Slapstick is striking it out on his own terms! Sure he's gotta move back in with his parents, b 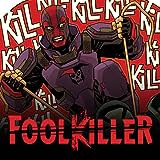 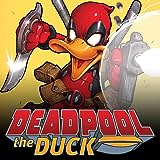 Deadpool The Duck (2017)
What do you get when you take one cynical anthropomorphic duck (named Howard) and cross it with the smelliest (and most annoying) mercenary in the Marvel Universe? DEADPOOL THE DUCK! When Deadpool is sent on a mission from S.H.I.E.L.D. to capture a high-profile E.T. that is rampaging across the high plains, the snatch-and-grab turns out to be much more complicated than the Merc with a Mouth antici
Great Lakes Avengers (2016-2017)
"All New, All Different?" No, thank you! New things are bad and different things are scary! Instead, why not join everybody's least favorite super-hero team, the Great Lakes Avengers in their brand new — but not too brand new — ongoing series, Same Old, Same Old, Great Lakes Avengers! When the team gets reinstated as permanent members of the Avengers and uprooted to Detroit, the GLA has one mo

Deadpool & The Mercs For Money (2016-2017)
Deadpool is one of the best mercenaries on the planet. He may even be a passable Avenger—jury's still out. But one thing's for sure—Deadpool is a terrible team leader. Think we're lying? Ask the Mercs for Money! Deadpool's taken on a new high-paying mission to take out radioactive super villains...and his Mercs aren't nearly as immune to radiation as his healing-factored heinie is. Deadpool ve