This is an age where words such as valor and heroism have all but lost their meaning and wars are still won buy the might of the sword. A world in which technological wonders clash with age old myths.

Witness Stephen Platt's (Wolverine/Cable, Prophet, Moon Knight) first creator-owned efforts as you have never seen him before, when he joins forces with multiple Wizard Award winner, Christian Lichtner (Battlechasers, X-Men, Rising Stars, Darkness/Batman) of critically acclaimed Liquid! in this time and place that mankind's fate will depend on one mortal's courage and strength of spirit. This is Soul Saga. A story of a man whose path was chosen by destiny.
See More See Less 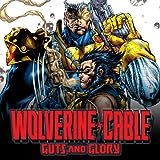 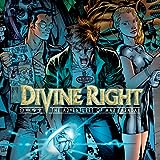 Divine Right
When young netsurfing addict Max Faraday downloads a mysterious document from his favorite board, he gets an awful lot more than he bargained for. Now numerous government agents are after him to get that file. But what exactly is "the Creation Equation?" 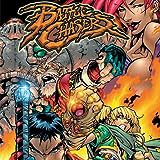 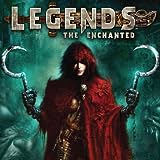 Legends: The Enchanted
You think you know them... Think again! Violently ripped from the pages of folklore emerge the Enchanted, supernatural immortals living in a dark, steampunk, creature-infested world where nature, technology and foul magic are in constant conflict. When the twisted, burnt remains of the half-wooden, half-mechanical warrior, Pinocchio are discovered, wolf-hunter Red Hood and giant-killer Jack realiz