Peony may have come in second place on the mega popular cooking show Space Battle Lunchtime, but with a girlfriend and a royal catering gig for a space empress, she's on top of the world! Until she finds out her old rival, Melonhead, is catering the same event. But that's a picnic—she's dealt with Melonhead before. What she hasn't dealt with is her girlfriend Neptunia's mysterious past, which comes to a head when Nep's sister turns out to be the empress's bodyguard. And what Peony absolutely can't deal with is an attempt on the empress's life—especially when she's the prime suspect!

All this cutthroat culinary sabotage was supposed to be over when Space Battle Lunchtime ended... but in the competitive world of catering, there's always someone ready to stab you in the back.
See More See Less 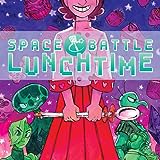 Space Battle Lunchtime
Space Battle Lunchtime is a hit show broadcast all over the universe, and the new season is about to start! When one of the competing chefs drops out at the last minute, an aspiring baker from earth, Peony, gets the opportunity of a lifetime (and a chance at a 20,000 Solarbuck prize!). But is she ready for the cutthroat world of intergalactic cooking? 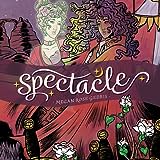 Spectacle
Fan-favorite webcomic creator Megan Rose Gedris (Yu+Me Dream) crafts a compelling tale of magic, deception, and wonder in this stunningly illustrated comic about the bond between sisters. Pragmatic engineer Anna works as a psychic in the Samson Brothers Circus, but she doesn't believe in anything supernatural... until her twin sister Kat is murdered and comes back as a very demanding ghost. Sha 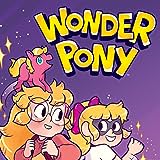 Wonder Pony
"Middle school wasn’t exactly stable before, but it becomes a real struggle when sixth grader Louison is given the strength and powers of a pony by… a tiny pink pony that insists on being called Jean-Pierre? Now, she’s saddled with the responsibility of reining in the monsters that are giddy-up to no good in her new school! It’s time to horse around with Wonder Pony! Angouleme Youth Award 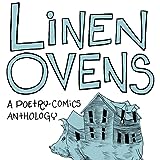 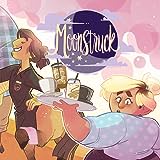 Moonstruck
A NEW ONGOING SERIES from Lumberjanes creator GRACE ELLIS and talented newcomer SHAE BEAGLE that tells a story of monsters, romance, and magical hijinks! Fantasy creatures are living typical, unremarkable lives alongside humans, and barista Julie strives to be the most unremarkable of all. Normal job, normal almost-girlfriend, normal...werewolf transformations that happen when she gets upset?