One Shot
BETRAYED! Our hard-breathing heroine, Miyuki, is on the warpath! Zee has left the Space Sex Squad (and Miyuki's bedroom), kidnapped the iridescent jewel of the galaxy, Princess Gary, and delivered her to her sworn enemy, the cruel Space Empress Sonya. Laser pistol in hand, Miyuki charges through the sensuous spaceways, along with ace pilot Million and voluptuous bio-droid D2. But before they reach Sonya's stronghold, they'll have to survive being stranded on THE PLANET OF THE GLAMAZONS!

* This special one shot was funded as a stretch goal for Menage a 3's volume 9 Kickstarter which happened in 2018.
See More See Less 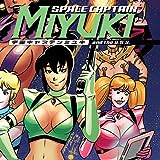 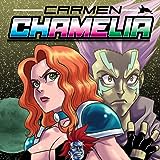 Carmen Chamelia
This is intrigue in hyperspace and life-or-death battles in metamorphic skin. This is CARMEN CHAMELIA. 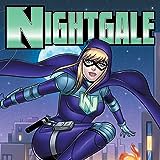 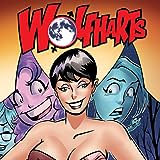 Wolfharts
Here are the stories of Ace Wolfhart, the gender-bending werewolf! 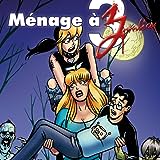 Menage a Zombies
Ever wondered if the cast of Menage a 3 could survive a zombie apocalypse? Find out who kicks the most zombie butts in this special one shot. Our cast is on vacation where Zii's band play their tunes for a bikini contest that goes wrong. Real wrong!