Delving deeper into the supernatural mysteries of the sci-fi action movie SPECTRAL, this official prequel graphic novel tells a new story of survival in the face of a weaponized force of phantoms known as 'spectrals.'

When a war-torn city is overrun by a terrifying army of ghosts, a group of school-friends set out on a dangerous journey to uncover the truth behind their nightmares. Meanwhile, an advanced assault unit of near-future soldiers skirts the city's shadows on a search and rescue mission, finding themselves thrown into explosive conflict with an impossible enemy that can only be seen with specialized goggles that enable the wearer to look death in the eye. Are these attackers the ghosts the children seek? Or something much more sinister? 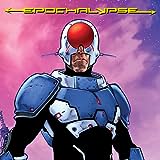 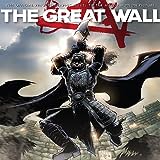 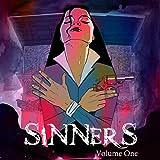 Sinners
Today is not a good day for Hope Martinez. Waking in a strange bed, with a not so strange body laying lifeless in the corridor, she panics. Disorientated and confused about the previous night's events, Hope runs, but only so far as the black Limo waiting for her outside, and its mysterious driver who offers her a job she may not be able to refuse... gather the sinners.
Esoterica
Fourteen short comics - 72 total pages - by former Wonderland writer Erica J. Heflin (Flesh of White, Antithesis), spanning the genres from the horrific to the suspenseful to the heartfelt! Sample Erica's body of work from the early Grayhaven years to recent contributions to Carriers.