Spera, Vol. 3: Ascension of the Starless

Princesses Pira and Lono - along with their latest companion, the dark witch Sala, who they probably shouldn't be trusting - have infiltrated the Plain Kingdom in the hopes of stopping the evil Starless Queen from initiating war against Spera.

Elsewhere, the team of privateer Vincent, magical girl Aya and warrior cat Chobo have found themselves in the mostly deserted Starless Kingdom, Chobo's rival Zerk taking them captive upon their arrival.

Little do either trio know that the war has already begun raging at the Plain-Spera border, the clock ticking down the seconds before Spera is lost to the Starless completely.

Spera: Ascension of the Starless
The Starless Queen is plotting an invasion of Spera, and has sent the merciless General Zeal to secure its capital. Unfortunately for the Queen, her daughter-the exiled adventurer Princess Pira-and Pira's best friend Princess Lono have discovered her plot...and will go to any lengths to stop her. Along with their friends-the fire spirit, Yonder, and the ruthless cat Chobo-Pira and Lono must set of
New World
The European discovery of the Americas forever changed the world as cultures collided with violent consequences. New World weaves the stories of three characters from unique backgrounds—a Native Indian seeking revenge against those who invaded her land, an African musician fighting for freedom against those who enslaved him, and a Portuguese sailor in search of redemption. These three unlikely h 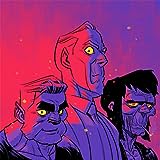 Nocturnal Commissions
It's a day job for night people when a Vampire, a Werewolf, and a Zombie open a detective agency. X-Files meets the Monster Squad in this macabre monster series! 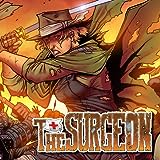 The Surgeon
Set about 15 years after the world fell apart, a nomadic physician struggles to survive in a savage frontier of the poor and powerless, trying to balance her calling as a healer with the necessity of killing for survival. As a consequence, maybe she's become more skilled with her saber than she is with a scalpel, and she's trying to get out from under that reputation.