Spider-Man: The Road To Venom

Spider-Man: The Road To Venom

The full story of Eddie Brock's transformation into Venom! Take one symbiotic costume spurned by Spider-Man! Add one disgraced reporter who blames the loss of his career on the same friendly neighborhood wall-crawler! Together, they will become the deadliest foe Peter Parker has ever faced! Experience the shocking saga of the Sin-Eater that led to Eddie's downfall. And the dark origin of Venom that reveals how two lost souls with a shared hatred of Spidey became one — and explores the twisted roots that led them there! Plus: Flash back to a tale from Eddie's past as a cub reporter at the Daily Globe — on the hunt for a monster!
See More See Less 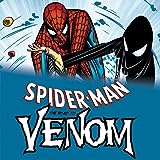 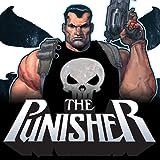 Punisher: Year One (1994-1995)
Collects Punisher: Year One #1-4. Punisher War Journal, Page One: We've known for years about the deaths of Frank Castle's wife and children, but now we see Castle himself mere hours later, when his grief and rage were at their freshest. To the police, he's a lead. To a reporter, he's a story. To the mob, he's just one more loose end. In four issues, they'll all learn what he's really become…