Spirits of Vengeance: Rise of the Midnight Sons

Spirits of Vengeance: Rise of the Midnight Sons
4.1
(31 ratings)

Johnny Blaze and Dan Ketch race side by side as the Spirits of Vengeance as Marvel's Midnight Sons rise to face a hellish threat like no other! Former Ghost Rider Blaze joins Ketch, his successor, and fellow Sons including Morbius, Blade, the Nightstalkers and the Darkhold Redeemers in the fight against Lilith, Mother of Demons, and her horrifying progeny! Then, Blaze and Ghost Rider target Hag and Troll, but they're not the only ones on the trail. So is Venom! And where the sinister symbiote goes, can Spider-Man be far behind?
See More See Less

Ghost Rider/Blaze: Spirits of Vengeance (1992-1994)
Lilith has broken free of her imprisonment, and gathers whatever remaining ‘children' she can find to attack Ghost Rider and Johnny Blaze! 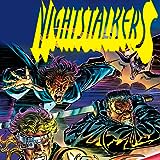 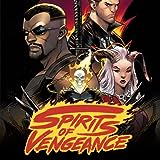 Spirits of Vengeance (2017-2018)
Collects Spirits of Vengeance #1-5. A dead angel. A silver bullet. A kept promise. For ages, the war between Heaven and Hell raged in the unseen corners of society, with both sides in delicate balance. But when an undercover angel is murdered, the scales are tipped. Now, Johnny Blaze must find the killers and punish them — but he won't do it alone. A deadly team rises from the darkest depths 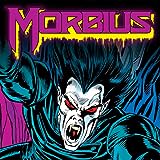 Morbius: The Living Vampire (1992-1995)
In search for her missing fiancée, Morbius, Martine Bancroft seeks the aid of Ghost Rider, Johnny Blaze, and Dr. Langford. When things take a turn for the worse, Martine learns the true color of her fiancée…blood red! 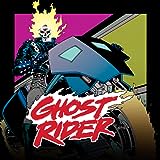 Ghost Rider (1990-1998)
Danny Ketch is the Ghost Rider, the Spirit of Vengeance! His adventures through hellfire and vengeance start here!