Squadron Supreme: Death Of A Universe

What happens when a world's greatest heroes are left without a world? The late, great Mark Gruenwald's final Squadron Supreme saga sees the super heroes save their universe, only to be ejected from it in response! In the more mainstream Marvel Universe, mind control and manipulation put them both against and alongside the Avengers, but the greatest shock comes when they return to their home universe and see just how it's been saved without them! Featuring material from the critically acclaimed Kurt Busiek/ George Perez run of Avengers!
See More See Less 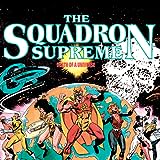 Squadron Supreme: Death of a Universe (1989)
The Earth has but twelve hours to live. Twelve hours before a menace from beyond the solar system consumes it and its four billion inhabitants. Earth's only hope is the band of self-appointed superhuman champions who once called themselves the Squadron Supreme. Hyperion, the strongest man on Earth! Power Princess, the genetically engineered woman warrior! Dr. Spectrum, master of the alien power pr 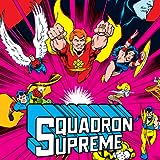 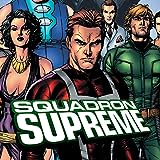 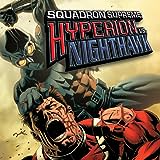 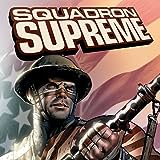