Revisit the original space opera in a comic book adaptation of the special edition of Star Wars: Episode IV- A New Hope, the ultimate realization of George Lucas' creative vision! Meet once again young Luke Skywalker, whose destiny lies in the stars! And join him as he finds himself at the center of a Rebellion against the imposing Empire and its ruthless enforcer, Darth Vader! But what hope do the freedom fighters have of defeating the planet-destroying Imperial Death Star? With new scenes, including Han Solo's early encounter with Jabba the Hutt, alongside classic moments with Leia, Chewbacca, C-3PO, R2-D2, Obi-Wan Kenobi and more, it's everything you could want from Star Wars between two covers!
See More See Less 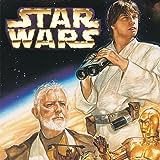 Star Wars: A New Hope - Special Edition (1997)
Experience the Star Wars Universe as you experience it on the big screen, with this special edition mini-series! 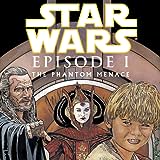 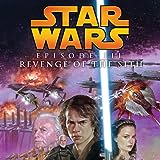 Star Wars: Episode III - Revenge of the Sith (2005)
The action of the Clone Wars comes to a dramatic conclusion, and events are put in place for A New Hope. See the birth of Darth Vader and the fall of the Jedi! 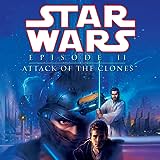 Star Wars: Episode II - Attack of the Clones (2002)
Star Wars: Attack of the Clones is a seminal tale of the Star Wars mythos, unlocking some of the history and events that laid the foundation for the Rebel Alliance's epic struggle against the Empire as chronicled in the original Star Wars film trilogy. Featuring familiar characters as never seen before, and introducing new players destined to become Star Wars icons!
Star Wars Remastered
STAR WARS REMASTERED - The original comic adaptation of the greatest space-fantasy film saga of all time, Star Wars, is remastered for the modern age with all-new coloring! May the Force be with you, in the mighty Marvel manner!