We're JUST Getting Started!
The STARS, or their band "Stiletto de Muerte," weren't always at the level of global recognition, that they are now. They started off like any indie band or hero team, low level gigs and unknown villains. Until they decided to reveal who they were at one of their shows. They let the world know that they were Xenith! This was a decision they came to after Xenith were attacked when registering their powers at the TEMPLE annual power registration summit (see Cypher Team i01). What they didn't expect, was the reaction to their decision. A reaction that propelled them to the top of the charts as their album became one of the top digital purchases but, with stardom comes the bigger villains but first, they must deal with their first arch villain and balancing practice for Battle of The Bands.
See More See Less

STARS
Syphon, Tectonica, Aviyan, Render and Sol are the STARS! A group of friends who met in LA after college. They all came together to form a band as they all they their love for music but, they quickly realized that music wasn't the only thing that they had in common, as they are Xenith as well. Follow them as they journey up the ranks as a band and, as the bring down the hammer on villains!

Cypher Team
Cypher Team is a unit comprised of five of the most lethal Xeniths on the face of the Earth. This unit is ranked in the top spot amongst a large group of units that are part of the command known as TEMPLE Special Operations Command (TEMSOC). Their ultimate goal is to protect the world from Xeniths who have ideas of harming people with their abilities. As well, they are the standing force between t 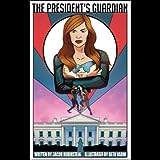 The President's Guardian
The comic features a new female super hero, a female super villain, and a woman president, who is in desperate need of a super guardian. By Jacob Rubinstein and illustrated by Beth Varni. The President's Guardian is a fast-paced, action-packed comic that delivers a satisfying punch-and reflects some of today's struggle of sexual equality and politics - in that order, while bringing to life a c
TEMPLE High: Welcome to Soaribahn Academy!
Soaribhan Academy, or what it has affectionally come to be called: TEMPLE High, is a place for those who are in their school ages who have come to gain special abilities, whether its through birth, accidents, celestial intervention or training. Those that are Phenosapien, Mage and/or Xenith. It is a safe place, for those students to train to learn more about themselves and their abilities but, mo 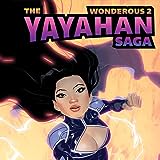