With superstrength and invulnerability, Alison Green used to be one of the most powerful superheroes around. Fighting crime with other teenagers under the alter ego Mega Girl was fun until an encounter with Menace, her mind reading arch enemy. He showed her evidence of a sinister conspiracy, and suddenly battling giant robots didn't seem so important.

Now Alison is going to college and trying to find ways to help the world while still getting to class on time. It's impossible to escape the past, however, and everyone has their own idea of what it means to be a hero.

Strong Female Protagonist has been published online since 2012, where it attracted a large fan base, and earned positive reviews on sites such as io9, ComicsAlliance, The Beat, and ThinkProgress. After a successful Kickstarter, Brennan and Molly now bring their series to print, with a book collecting the first four chapters and bonus material, self-published by the authors and distributed by Top Shelf.
See More See Less 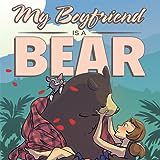 My Boyfriend is a Bear
Bear meets girl. Nora has bad luck with men. When she meets an (actual) bear on a hike in the Los Angeles hills, he turns out to be the best romantic partner she's ever had! He's considerate, he's sweet, he takes care of her. But he's a bear, and winning over her friends and family is difficult. Not to mention he has to hibernate all winter. Can true love conquer all? 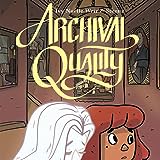 Archival Quality
After losing her job at the library, Celeste Walden starts working at the haunting Logan Museum as an archivist. But the job may not be the second chance she was hoping for, and she finds herself confronting her mental health, her relationships, and before long, her grasp on reality as she begins to dream of a young woman she's never met, but feels strangely drawn to. Especially after she asks Cel 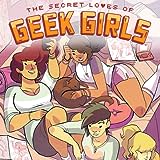 The Secret Loves of Geek Girls
Cartoonists and professional geeks tell their intimate, heartbreaking, and inspiring stories about love, sex and, dating in this comics and prose anthology, a follow-up to 2016 best-seller The Secret Loves of Geek Girls. Featuring work by Margaret Atwood (Hag-Seed), Gerard Way (Umbrella Academy), Dana Simpson (Phoebe and Her Unicorn), Cecil Castellucci (Soupy Leaves Home), Gabby Rivera (America
Roots
On a journey to the old world—she discovered a whole new world. After a messy year of heartbreak and setbacks, Tara sets off to Ireland in search of clues to her family's ancestry, but what she found wasn't at all what she expected. Some of it has to do with the lack of records, but a lot has to do with John, the charming cartoonist she met on Twitter. Wrapped in real family history and set amon