Superboy: Book One: Trouble in Paradise

Spinning out of the classic graphic novels DEATH OF SUPERMAN and REIGN OF THE SUPERMEN, Superman's clone is flying solo in his own series, SUPERBOY BOOK ONE: TROUBLE IN PARADISE! Collected for the first time ever, Superman writer and artists Karl Kesel, Tom Grummett, Doug Hazlewood and others introduce the new Superboy to the world, and if you ask the Boy of Steel, the world couldn't be luckier.

Wanting to be his own hero, Superboy embarks on a world tour only to settle in the state of Hawaii. Along with his companions Roxy, Rex and Dubbilex, Superboy settles down in the island paradise, declares himself the Hero of Hawaii and looks forward to basking in his superhero fame.

Like many well laid plans, Superboy's life quickly becomes more complicated than he could ever image. Stricken by the clone plague ravaging Metropolis, Superboy must fight his own rogues gallery, including the likes of Knockout, Sidearm, Scavenger, the Silicon Dragons and King Shark. 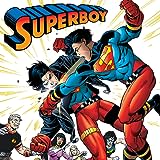 Superboy (1994-2002)
Following the Death of Superman at the hands of Doomsday, new heroes appear in Metropolis claiming to be the Man of Steel reborn! Who is the Superboy and what is his connection to one of the greatest villains in the DCU? 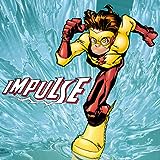 Impulse
Meet the Fastest Kid Alive--and quite arguably the most reckless! Bart Allen takes center stage in his very own series exploring the everyday aspects of superhero life--from secret identities to super-villains--and the everyday aspects of being a kid in a small suburban town.
Adventures of Superman (1986-2006)
Faster than a speeding bullet! More powerful than a locomotive! Able to leap tall buildings in a single bound! Prepare for the ADVENTURES OF SUPERMAN! Sole survivor of a doomed planet, Superman fights for truth and justice as the protector of not only his home of Metropolis but the very world itself! 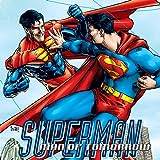 Superman: The Man of Tomorrow (1995-1999)
Superman has a fruitful encounter with Contessa Erica Alexandra del Portenza, the new CEO of Lexcorp, while Lex Luthor gets a new lease on life.