Young Clark Kent continues his journey toward becoming the World's Greatest Super Hero, but finds dealing with humanity to be a bigger challenge than he ever imagined! From a ruthless dictator to a new love interest who's NOT Lois Lane, things are never easy for this emerging Man of Steel.

And the worst is yet to come, in the form of a man-monster with an insatiable appetite, the Parasite! The only thing that might appease his hunger is The Last Son of Kryptonian! But that will also mean he will have Superman's powers without his conscience, and Kal-El cannot come anywhere near him, even though he has to stop him!
See More See Less 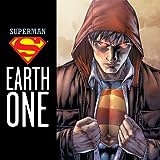 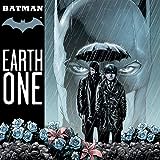 Batman: Earth One
A special preview edition of the original graphic novel BATMAN: EARTH ONE by the fan-favorite creative team of writer Geoff Johns and artist Gary Frank (SUPERMAN: SECRET ORIGIN, SHAZAM)! Also includes a special preview of BATMAN #1 by Scott Snyder and Greg Capullo as part of DC Comics' line-wide relaunch The New 52!
Teen Titans: Earth One
A new original graphic novel in DC's popular "Earth One" series, TEEN TITANS: EARTH ONE follows in the tradition of SUPERMAN: EARTH ONE and BATMAN: EARTH ONE, both of which were #1 New York Times bestsellers. The Teen Titans never felt like normal kids... but they had no idea how right they were. Their seemingly idyllic Oregon upbringing hides a secret -- one that will bring killers, shamans, 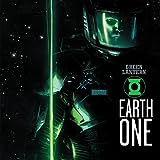 Green Lantern: Earth One
The newest Earth One original graphic novel presents an all-new origin for the Emerald Warrior! Hal Jordan yearns for the thrill of discovery, but the days when astronaut and adventure were synonymous are long gone. His gig prospecting asteroids for Ferris Galactic is less than fulfilling-but at least he's not on Earth, where technology and culture have stagnated. When Jordan finds a powerful r
Wonder Woman: Earth One
#1 NEW YORK TIMES Bestseller! From the masterful minds of Grant Morrison (FINAL CRISIS, THE MULTIVERSITY) and Yanick Paquette (SWAMP THING, BATMAN, INC.) comes the most provocative origin of Wonder Woman you've ever seen--a wholly unique retelling that still honors her origins. For millennia, the Amazons of Paradise Island have created a thriving society away from the blight of man. One res