The Superman and Lois Lane of the pre-New 52 DC Universe return in SUPERMAN: LOIS AND CLARK, from the creative team of Dan Jurgens and Lee Weeks!

THE LAST SON OF KRYPTON—
AND THE LAST DAUGHTER OF EARTH

They were the first couple of truth and justice, the Man of Steel and the tough-as-nails reporter who was the love of his life. Then came the Flashpoint...the Convergence...and their world was wiped from reality, replaced with the New 52 worlds that make up the Multiverse.

Now Lois and Clark, as well as their young son, Jonathan, have been transported to an Earth much like the one they left behind, yet radically different. An Earth with familiar heroes, familiar faces, familiar names, but entirely different ages and attitudes. An Earth with its own Lois Lane, its own Clark Kent—its own Superman. An Earth where Superman is distrusted—and where two Supermen could cause a disaster.

For years they've stayed below the radar, with Clark fighting evil under the cover of darkness and Lois crusading against crime as an anonymous journalist. But now all their secrets are about to be exposed to a world far harsher than the one they left behind—and Jonathan is caught in the crossfire. Now only one question remains:

Has the time come for the original Man of Tomorrow to reveal himself?

Superman: Lois and Clark (2015-2016)
Following the epic events of CONVERGENCE, here are the adventures of the last sons and daughter of Krypton and Earth as they try to survive in a world not their own. But can they keep this world from suffering the same fate as their own? Can this Superman stop the villains he once fought before they are created on this world? What is Intergang, and why does Lois’s discovery of it place everyone

Superman (2011-2016)
The adventures of Superman begin here, written by the legendary George Perez (CRISIS ON INFINITE EARTHS)! The Man of Steel flies into the new DC Universe with a new status quo but a continued quest for truth and justice!
Superman (2016-2018)
The Last Son of Krypton must decide whether to help his young son use his new and rapidly increasing abilities, or hide them from the world. THE CREATORS: The team supreme that brought fans the adventures of Damian Wayne in BATMAN AND ROBIN returns for the adventures of Superman and his offspring. 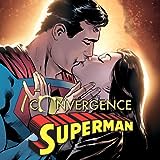 Convergence: Superman (2015)
STARRING HEROES FROM THE PRE-FLASHPOINT DCU! A powerless Superman is called upon to protect Gotham City—and his pregnant wife Lois Lane! 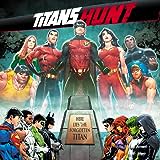 Titans Hunt (2015-2016)
CONVERGENCE is over, but the ripples are still being felt, especially by a young precog named Lilith. What are these visions she’s having of a Teen Titans team the world never knew? And why does she feel compelled to seek out Dick Grayson, Roy Harper, Donna Troy and an Atlantean named Garth and warn them that something dark and sinister is coming after them? Who are Mal, Gnarrk, Hank Hall and Da