In this series from 2000, writer Brian K. Vaughan kicked off a new SWAMP THING series that starred Tefé Holland, daughter of Swamp Thing and Abigail Arcane. As a human/plant elemental hybrid, Tefé has incredible power--but as a hot-headed teenager, can she learn to control those powers and use them for good? Vaughan's sensitive stories send Tefé across the globe to play an unexpected role in remote regions threatened by ecological disasters. 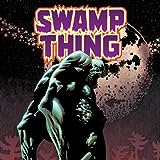 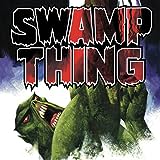 Swamp Thing (2004-2006)
The original Swamp Thing is back...and nothing will ever be the same. Andy Diggle and Enriqué Breccia join forces to bring new life to the swamp, as its defender is reintroduced to VERTIGO in an all-new ongoing series. Stripped of Alec Holland's human conscience, the Swamp Thing seeks to restore balance to the natural world by destroying his own daughter, Tefé, herself a powerful Elemental, and 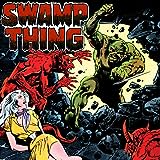 Swamp Thing (1972-1976)
Part man, part plant, the elemental monstrosity fights to protect his home and the environment against terrorists both natural and supernatural. The adventures of Swamp Thing begin here, after his first appearance in the pages of HOUSE OF SECRETS #92!
Swamp Thing (1982-1996)
Before WATCHMEN, Alan Moore made his debut in the U.S. comic book industry with the revitalization of the horror comic book THE SWAMP THING. His deconstruction of the classic monster stretched the creative boundaries of the medium and became one of the most spectacular series in comic book history.