After successfully extracting a stolen nuclear warhead from German dictator, General Heinz Kirklau, Treadwater discovers they have a stowaway, Kirklau's second-in-command, Wolfgang Kulikov. Wolfgang agrees to divulge the location of a second warhead in exchange for the successful retrieval of his nephew Kostya. The General's son.

Having fulfilled their side of the bargain, Treadwater looks to collect on the information they were promised. Meanwhile, the Children of Chaos enlist the help of a notorious black-market arms dealer to acquire the remaining components for their biological weapon.

Everything comes to a head when Kirklau unveils his master plan to invade decaying neighboring countries. With the political climate at a boiling point, Treadwater must deal with Kirklau once and for all.
See More See Less 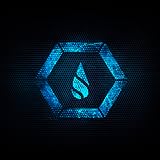 TREADWATER
Set in the wake of a global economic meltdown, Treadwater is a post apocalyptic thriller about a team of high tech special operatives - known collectively as Treadwater - who work together to maintain world peace. As Germany forms its aggressive stance behind a true military German patriot, General Kirklau, it becomes more than evident that the balance of global powers is all but obsolete. Gove