The Shortcuts of Destiny
From a couple of guys doing the writing and another guy doing the art and colors by some other guys comes a comic book... Nah! The writers who did the non-official-but-extremely-funny El Aguila, and even published in Marvel Comics, David Abadía and Pablo Durá, and the awesome Ertito Montana taking again the art chores come The Shortcuts of Destiny, the funniest Rogues tale until now! Join the fan-favorite rogue duo in a comic-book with five stories that interlock like an arabesque (wink, wink, nudge, nudge).
And for the first time int he history of the medium, a comic-book cover with four corner boxes. You know what they say, four the corner boxes, four times the fun!
See More See Less 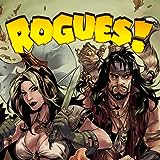 Rogues!
This is the tale of Bram and the Weasel, two reputed thieves in the slums of a fantasy world. Two unlikely heroes... Ok, they aren't heroes or at least they don't role that way. Real heroes don't steal and never lay with the girls that they save her lifes... But they have cloaks! 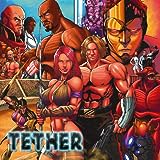 Tether
TETHER tells the story of the Imperium, the last city of a once booming planet, now mostly barren. TETHER is a multi-layered story, rich with characters like Alina and Zarran, young slaves whose struggles and triumphs parallel one another. The opening arc of the series will cover Alina and Zarran's escape from captivity, as well as introduce the power hungry Emperor Trovaar and some of the differe 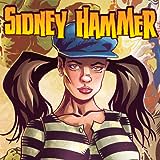 Sidney Hammer
A fascinating girl... with a hammer. And zombies... being hammered. A story with the flavor of those old horror books and fanzines. Pure fun... with a hammer! This One-Shot is plenty with insane fun for the sake of it, artwork and words by the renowned Spanish artist Massacre, with colors by Daniel Seijas. 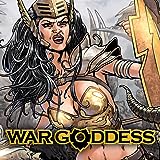 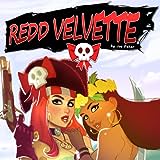 Redd Velvette
Pirate captain Redd Velvette and her faithful companion, Lass, have been stranded on an island. Will they ever get their ship back? This first issue explains how they got on said island.