Collects Taskmaster #1-4 and material from Age of Heroes #3.

Taskmaster has trained henchmen for every terrorist organization and criminal cartel in the Marvel Universe. So when the rumor starts that he's turned traitor and now works for Steve Rogers, a billion-dollar bounty is put on his head. Now, every cadre of costumed fanatics - A.I.M., Hydra, Ultimatum, the Sons of the Serpent and more - is looking to collect. Taskmaster must fight hordes upon hordes of his psychopathic students while at the same time uncovering who framed him - which requires him figuring out who he really is! That's right, the man with the photographic reflexes has no memory of his true identity - and you'll learn the unexpected truth along with him! The action-packed secret origin comes courtesy of New York Times bestselling writer Fred Van Lente (AMAZING SPIDER-MAN) and acclaimed artist Jefte Paolo (DOCTOR VOODOO)!
See More See Less 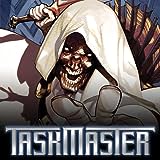 Taskmaster (2010)
Taskmaster has trained hench-thugs for every terrorist organization and criminal cartel in the Marvel Universe. So when the rumor starts that he's turned traitor and now works for STEVE ROGERS, a billion-dollar bounty is put on his head, and every cadre of costumed fanatics -- A.I.M., Hydra, Ultimatum, the Sons of the Serpent, everyone -- looks to collect. Now Taskmaster has to fight hordes upon h 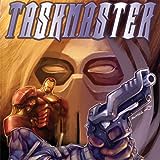 Taskmaster (2002)
Taskmaster is under the employ of Iron Man's on/off foe, Sunset Bain! While working for this "Madame Menace", Taskmaster pulls off corporate sabotage on Stark Industries...bringing him into direct contact with Tony Stark!

Avengers: The Initiative (2007- 2010)
The Civil War is over and from now on, this is the new face of the Marvel Universe - The Initiative! Whose side were you on? If you were pro-registration, then there's one hell of a price to pay. You're in the army now. Every last one of you. Fall in with Yellowjacket, War Machine, She-Hulk, Justice and The Gauntlet as they train the heroes of tomorrow for the super-powered conflicts of today!
Age of Heroes (2010)
Eisner-winner & fan-favorite Kurt Busiek returns to Marvel! THE HEROIC AGE IS HERE! The Heroes are restored to their rightful place in this new era, and the world is safer for them. They defeated Osborn & his Siege on Asgard, now they have one last foe to face: the Mayor of New York - J. Jonah Jameson! Also, MI13 come to the US, but one of them isn't leaving - they are defecting to the AVENGERS? P
Secret Avengers (2013-2014)
The new Nick Fury leads a covert Avengers strike team including, but not limited to Hawkeye, Black Widow, The Hulk, The Winter Soldier, Maria Hill and Phil Coulson on missions so dangerous, even the team members themselves can't know about them!