"Shades of Universal Soldier and Ghost in the Shell, but with a conspiratorial dimension that really makes this new comic stand firm." - The Lottery Party

TEMPLATE is an action thriller with cyberpunk flair. When a private security company attempts to make the perfect android soldier and fails, they speed up plans to try again under the assumption they learned from their mistakes. It is at this point that the main character, Beta, is created. Over the course of the series, her development is followed as she explores her own personality and discovers what she can and can't do not being in full control of herself.

This collection contains Issues #1 through #8 of the series, in addition to all six Oversight Dossiers, in its original portrait format. This bonus content provides information such as character bios, mission briefs and other items that compliment the main story.
See More See Less

Template
TEMPLATE is an action thriller with cyberpunk flair. Centering on a private security organization called Oversight, the story chronicles their attempts to make the perfect android soldier. When the first attempt fails, they speed up plans to try again under the assumption they learned from their mistakes. It is at this point that the main character, Beta, is created. Over the course of the series,

Template: The Binary Code (Season 2)
Nine months after her first successful operation, Android X9902 (Codename: Beta) continues her development as an Oversight field agent. She will once again be tested, as a new partner and operation challenge her like never before. 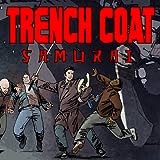 Trench Coat Samurai
The adventures of a modern day samurai assassin in New York.
First Law of Mad Science
Super-scientist George Baker's newest invention, electronic retinal implants known as "Cyber-Eyes," are nothing short of amazing. So amazing, in fact, and so cheap and easy to get, that some 40% of the population has gotten them within their first year on the market. But they aren't perfect. Far from it. When things start going inexplicably and bizarrely wrong with the original test-subjects, G 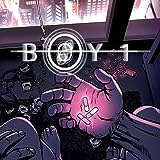 BOY-1
In the fast-approaching future, when the drug-addled heir of a genetic-engineering company begins to investigate his company's murky past, he discovers he is the catalyst in a terrifying global event that will transform him and forever alter the course of human evolution.