"This is a very cool cyberpunk story, told with great art and of course effective GVN tech..." - Forces of Geek

TEMPLATE is an action thriller with cyberpunk flair. When a private security company attempts to make the perfect android soldier and fails, they speed up plans to try again under the assumption they learned from their mistakes. It is at this point that the main character, Beta, is created. Over the course of the series, her development is followed as she explores her own personality and discovers what she can and can't do not being in full control of herself.

This collection contains Issues #1 through #8 of the series, in addition to all six Oversight Dossiers. This bonus content provides information such as character bios, mission briefs and other items that compliment the main story.
See More See Less

Template
TEMPLATE is an action thriller with cyberpunk flair. Centering on a private security organization called Oversight, the story chronicles their attempts to make the perfect android soldier. When the first attempt fails, they speed up plans to try again under the assumption they learned from their mistakes. It is at this point that the main character, Beta, is created. Over the course of the series,

Template: The Binary Code (Season 2)
Nine months after her first successful operation, Android X9902 (Codename: Beta) continues her development as an Oversight field agent. She will once again be tested, as a new partner and operation challenge her like never before. 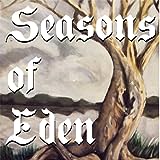 Seasons of Eden: Autumn Grey
Times have changed. It is against fae law to exist in the world of humans anymore. Those who break this rule live in fear. If they are discovered they are hunted down and executed. These outcasts have created their own refuge in the mountains of New Hampshire in Eden Park. But their time has come. The Autumn season is upon them and Kara Grey will be used against them all, unknowingly. 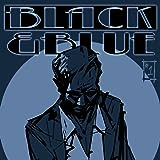 Black and Blue
the first 2 stories in a soon to be regular comic series, in a film noir style. 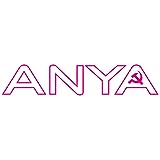 Anya
Anya Petrova's world has been turned upside down. Her wheelchair-bound mother jammed a Flash Drive into the base of her own skull and gained full use of her legs. Moments later Anya finds herself in possession of a long hidden military secret and an Army strike force is after her and her friend Pete. "ANYA" is a military/technology/thriller with a bit of a sci-fi bent. There are no capes or s