Collects issues #6-10 of Terry Moore's Echo!
Julie is the unwilling host to remnants of an atomic alloy manufactured by the Heitzer Nuclear Research Institute, or HeNRI, for short. Pursued by an unstoppable HeNRI agent named Ivy, Julie runs and hides in the Nevada desert, aided by the unlikely allies of a gang of bikers and park ranger Dillon. But there is another: a nameless madman who stalks Julie and her precious alloy, leaving a trail of death and destruction in his path. It's a race against time in the new hit series by Eisner Award winning creator, Terry Moore.
See More See Less 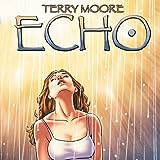 Terry Moore's Echo
Terry Moore is back with a new series, and this time he's going nuclear! Julie Martin is taking photographs in the desert when she witnesses a massive explosion in the sky. Covered in the bizarre, metallic fallout, she races home to find a chunk of the mercury-like metal came with her. When the metal becomes attached to her skin, Julie is unaware that she is host to a new symbiotic technology: a l 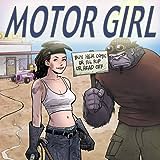 Motor Girl
Samantha's junkyard business seems to attract a lot of strange visitors, and some of them are literally out of this world! With her gorilla pal Mac, and a motley crew of local eccentrics, Sam works hard to save her family business and keep the Feds away from her ET customers!
Strangers in Paradise
When SiP moved to Homage Comics, the series was given a new volume number. After 8 issues, the series returned to Moore's own imprint and the numbering continued without change. The story of volume III was awarded two GLAAD Awards and the National Cartoonist Society Award for Best Comic Book. The final volume of SiP begins with a superhero dream sequence drawn by Jim Lee launching into a detail 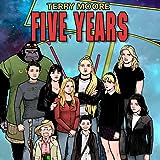 Five Years
A dangerous paper written by Lilith has been leaked to the nations of the world containing a formula for the ultimate weapon and now labs around the globe are attempting to build and test the Phi Bomb. Tambi, in an all-out effort to find the labs and stop them, has enlisted the help of Ivy Raven, Julie Martin, Rachel and Zoe. Meanwhile, Katchoo and Francine have moved their household, including th
Rachel Rising
Rachel wakes up at sunrise on a shallow grave in the woods and discovers the freshly murdered body in the dirt is her own. With events of the previous night a blur, Rachel seeks out her boyfriend Phillip. But Phillip has a new girl now and Rachel is beginning to suspect she rose from the grave for a reason-- revenge! Don't miss the Premier Issue of this haunting new series by Eisner and Harvey Awa