See Thanos as you've never seen him before: powerless and alone! He is willing to do anything to survive, even if that means accepting help from the unlikeliest of places! And when a threat emerges that's even worse than the Mad Titan himself, every last one of our lives will depend on the weakened Thanos' drive to survive! And then there's the small matter of the God Quarry. None who enter have ever returned — and now, it's Thanos' turn to explore its depths. But that's nothing compared to what's coming: Earth's Mightiest Hero! Leader of the Avengers! Champion of all that is good! Thanos?! But can the cosmos survive when Thanos and his son, Thane, come face-to-face in their violent and universe-shaking climactic battle?
See More See Less

Thanos (2016-2018)
EVIL HAS BEEN UNLEASHED ON THE UNIVERSE. Thanos, possibly the most evil individual in the Marvel Universe, is back…and he's out for vengeance on all who would oppose him. Unfortunately for the Mad Titan, he's also heading for an unexpected reckoning…with his family. Take an ongoing walk on the dark side of the galaxy, following the deadly trail of destruction left in the wake of…THANOS! 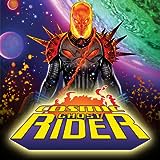 Cosmic Ghost Rider (2018)
Collects Cosmic Ghost Rider #1-5 and material from Thanos Legacy #1. You knew him as the Punisher. Then Frank Castle made a deal with the devil that made him the Ghost Rider. A deal with Galactus made him cosmic. And a deal with Thanos made him...dead?! Not to worry, Castle doesn't die easy. He's back — and he's got a plan to make the universe a better place! It all starts with an idea so sim 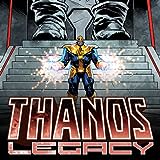 Thanos Legacy (2018)
THANOS WINS...AGAIN! Rising star Donny Cates returns to the Mad Titan to bring the story bridging the gap between his best-selling “Thanos Wins” and the worldshattering INFINITY WARS! How did Thanos’ journey back from the future lead to the events of INFINITY WARS PRIME? Now it can be told!
Infinity Countdown (2018)
The Saga of the Infinity Stones begins! As the Infinity Stones reappear around the cosmos, the ultimate race for power is on!! Battles will be fought, blood will be spilled, lives will be lost... all as the greatest cosmic heroes and villains vie for possession of the Power Stone, towering over a remote asteroid, somehow grown to the size of a building. Watch as the path to Infinity opens before y 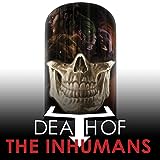 Death Of The Inhumans (2018)
Collects Death Of Inhumans #1-5. The alien Kree are on a killing spree, leaving behind a message: Join or die. Thousands of Inhumans have already made their choice — the evidence floats, bleeding, in space. Attilan died screaming without its king. Now Black Bolt, monarch of the Inhumans, sets out for vengeance — but will he lead the last of his people to their deaths? The Kree have a weapon