What if the time machines could only go forward, never backward?
What if each new future was worse than the last one?
What if the only escape was to leap forward again?
Welcome to the The Accelerators, a nonstop sci-fi adventure about a group of ragtag time travelers lost in the future, searching for a way home.
At the center of the story is Spatz, a teenage time refugee who thinks he's been caught up in this time turmoil by accident. Little by little, future by future, Spatz realizes that in fact he is the source of it all this chaos, and maybe also the salvation.
VOLUME 3 - RELATIVITY
Our heroes have been scattered across the timeline, and must find a way to reunite.
Spatz has been stranded in a distant future controlled by an insane gang of Time Criminals, with no chance of escape. Meanwhile, the rest of the group arrives at the mythical 88th Century, where they meet an older version of Spatz, who seems to have gone completely insane. How many Spatzes are there, and what do they really want?
This acclaimed series features time-warping artwork by Gavin Smith (Human City) with a story by creator and screenwriter R.F.I. Porto. This volume collects The Accelerators #11-15.
See More See Less 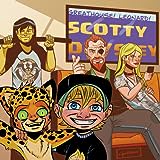 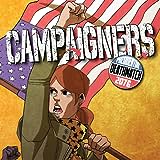 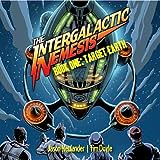 The Intergalactic Nemesis: Target Earth
A Pulitzer Prize-winning reporter. Her intrepid assistant. A mysterious librarian. A world-famous stage magician. A race of sludge-monsters from the planet Zygon. The year is 1933. Are you ready for the adventure? There's more Intergalactic Nemesis in the form of audio dramas, podcasts, a PBS Digital web series, and a live theatrical production. Visit www.theintergalacticnemesis.com to join in! 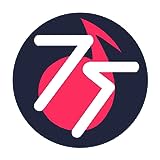